What the Hell do we really know. 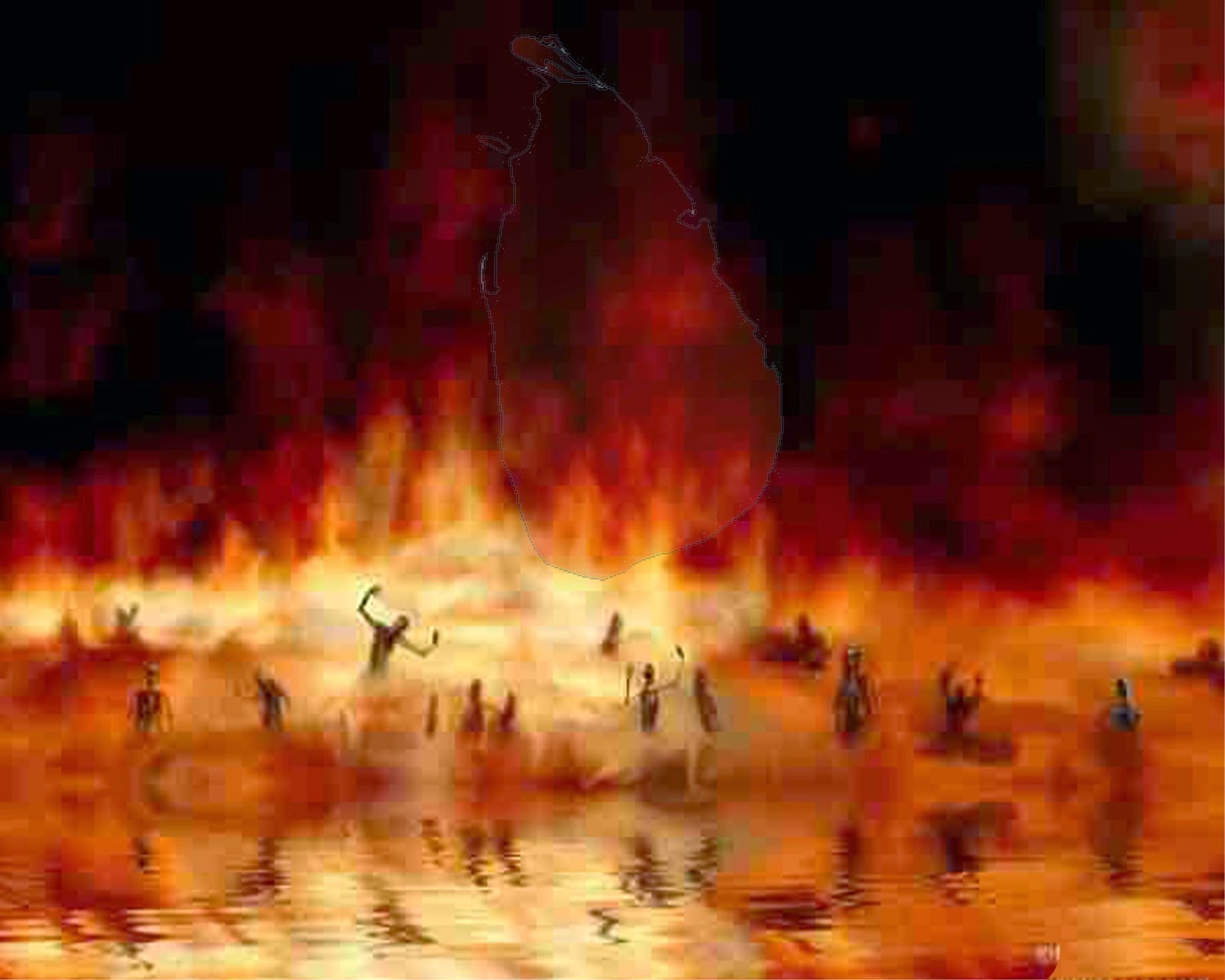 When I heard about the topic for this month's synchroblog, I was immediately a bit apprehensive about writing on the topic of Hell. You see, in my previous faith traditions, Hell was a very serious thing, and when anyone disagreed about or questioned the traditional teachings on Hell, they were quickly labeled as a heretic and either banned from teaching or asked to leave the church.


Hell was a very powerful tool in my previous tradition. People were warned of this terrible place, worse even than you could ever imagine, and then told that they would be thrown there forever in eternal torment by God if they did not agree to believe in a certain list of teachings. One of those teachings was that this very God who was threatening them with eternal torment was so loving that He gave the very greatest sacrifice in order to save them, from His own terrible anger and wrath.

In fact, using Hell as a tool to persuade people to belief was so effective, that it affected the way many passages of the Bible were translated. Any passage that spoke of fire, or judgment of any kind was translated to be speaking of Hell. and whether it was speaking of believers or unbelievers, the passage was interpreted to place fear of eternal punishment into the reader. The result of this ideology was that no person, no matter how good they were at this particular time in their life was ever completely free of the fear and dread of this God who might at any minute decide to throw them into a lake of fire and brimstone and leave them there in eternal torment for the remainder of eternity.

Over the last few years, I have read a lot of opinions about Hell, from those who do not believe that it is even a real place, to those who believe that there will be future opportunities for persons even in Hell to believe in Christ and be delivered from the torment. Some of these writers have been very persuasive, while others were entirely unconvincing. The trouble is, that I have more questions now, than I did when I started.

I am convinced that the Bible does not talk of Hell nearly as often as some translators and commentators would have us to believe that it does.  I am also convinced that the use of Hell as a means of scaring someone into believing a set of ideas is not compatible with the ways that Jesus himself brought people to belief. And finally, I am completely certain that people who have placed their belief in Christ are forever and completely set free from this fear of punishment.

While I am no longer certain what I do believe about what Hell is and is not, I do believe that our choices do have consequences that resonate in this world as well as the next. I know that I will never use the fear of eternal conscious torment in an attempt to persuade someone to believe the same way that I do because I see this as inconsistent with the character of the God I have come to know and believe in. So for now, I have to settle where I have landed on a number of difficult topics, I am agnostic about Hell. I am not certain that we can now or ever fully know or understand what it is, what it is like, or even if it really is. I can honestly say that I don't know and that I am completely okay with not knowing because you see, I no longer fear Hell.


This post was part of the May Synchroblog. This month, authors were ased to share their thoughts on the topic of Hell. Please visit the other author's blogs about this topic by clicking the links below.

Jeremy Myers – Does Jesus Talk About Hell More Than Heaven?Wesley Rostoll – Hell, thoughts on annihilationismK. W. Leslie – Dark ChristiansAngie Benjamin – Hell Is For RealPaul Meier – Hell Is For Real – I’ve Been There and Came BackGlenn Hager – Abusing HellThe Virtual Abbess – What The Hell?Kimbery Klein – Hell, if I know.Michael Donahoe - Hell Yes…or No?Liz Dyer – Hell? No!Margaret Boelman - Hell No I Won’t Go
Loveday Anyim – Why the hell do you believe in hell?Linda - If you died today, where would you go?Edwin Aldrich – What the Hell do we really know.Mallory Pickering – The Time I Blogged About Hell